The History and Culture of the Piqua Shawnee Tribe 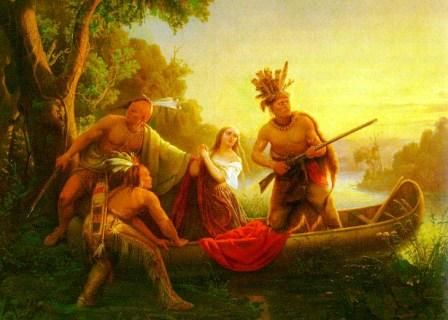 The Piqua Shawnee tribe has a long history characterized by migrations from their homelands due to conflicts, hostile neighbors or diseases. The tribe considers the Delaware as their "grandfathers", who are also regarded as founders of all Algonquin tribes.

The Piqua Shawnee people share an oral tradition and have a similar culture to the Kickapoo. These two tribes were once members of the same tribe and this explains why they have a similar language. The Kickapoo are known to have come from northeast Ohio before meeting the Shawnees. From the Shawnee's "southerner" names, it seems like they might have lived somewhere south of the Kickapoo. However, the exact locations are uncertain as both tribes abandoned the areas due to conflicts with the Iroquois.

The Piqua Shawnee have been labeled "the wandering tribe" because throughout their history, they have been driven out of their homelands either by diseases, hostile Indian tribe or colonists. The movements were necessary, not be choice.

Throughout their migrations, the Shawnees have always maintained their tribal identity. However, sometimes the migrations forced the tribe to split into different directions. As a result, it was difficult for them to have a centralized political organization. The migrations led the tribe to be split into five divisions, with each functioning as an almost independent unit. For more facts about Shawnee tribes, visit this website at https://www.britannica.com/topic/Shawnee-people.

At the end of the Civil War, most Shawnees returned to Ohio. However, the lack of a political unit meant there was no "head chief". Like is the case with their Delaware ancestors, chieftainship among the Shawnee was hereditary and held for life. However, war chiefs were selected based on skill and merit.

As they stayed in the southeast, the Piqua people adapted some cultural characteristics of the Cherokee and Creek. However, they still maintained the typical Great Lakes Algonquin culture. During the summer, the tribe gathered in large villages of long houses covered with barks. In each village, there was a large council for religious ceremonies and meetings, click here to know more!

When fall came, the Shawnees separated into small hunting camps of extended families. Men were in charge of protecting the families from external aggression. They also hunted and fished for food. On the other hand, women were responsible for growing corn in the fields.